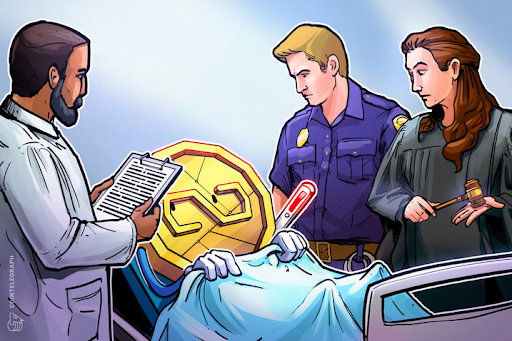 We often hear in the news that the market is rising or falling on the back of decisions or statements by the Fed. And lately, investors have been discussing the gradual increase of interest rates and other measures being brought in to control various facets of the US economy.

Let’s understand what this regulator is, why it raises or lowers interest rates. And most importantly, how the cryptocurrency market is impacted by the actions of the Federal Reserve.

At a press conference following the FOMC meeting, Fed Chairman Jerome Powell said that the rate could be raised another 0.5%-0.75% in July.

What happens when the interest rate is lowered

Lower interest rates mean a soft era of monetary policy. After all, it entails cheap exports and affordable credit. Central banks resort to such steps when inflation or deflation is low.

Interestingly, several central banks even use negative interest rates: the European Bank -0.5%, the Bank of Japan -0.1% and the Swiss National Bank -0.75%.

In general, low interest rates weaken currencies. States use them when they want to reduce debt. That way they are easier to repay because the Central Bank’s money has less value.

But low rates also have a downside. In such an environment, assets start to be bought more intensively. This stimulates the economy and financial markets, but leads to inflation.

What happens when the interest rate goes up

What does this mean for us? The higher the rates in the U.S., the more portfolio capital outflows from other countries increase. And that means lower local asset prices (and higher bond yields, for example). So it is likely that other nations will start to raise interest rates as well.

This, in turn, means worsening problems with loans taken during the pandemic, when the national banks’ reference rate fell to almost zero. Now, interest rates on such loans will rise, which could lead to a crisis of mortgage and other lending.

Sometimes this helped the economy, but in the long run, it only made things worse.

The relationship between the Fed rate and the rate of cryptocurrencies

Cryptocurrency has become an investment vehicle, albeit a risky one. Therefore, the impact of the Fed should be considered in terms of how investor preferences change.

So, a rate hike leads to:

Many experts predict that investors who previously preferred classic assets (bonds, stocks) will be more willing to explore high-risk instruments. This includes cryptocurrencies. But there is also an opposite view, which says that investors, on the contrary, will be wary of unstable assets and invest in gold.

Cryptocurrency has often been touted as a cure-all for what ails you, whether that’s inflation, low interest rates, lack of purchasing power, devaluation of the dollar and so on. Those positives were easy to believe in as long as crypto was rising, seemingly regardless of other assets.

Indeed, cryptocurrencies have responded to reduced liquidity as did other risky assets, by falling when the Fed announced in November it would begin tapering its purchases of bonds and signaled higher interest rates were soon on the way.

What to expect from FRS next week

Next week, the U.S. market will be waiting for more details on interest rates as Fed Chairman Jerome Powell is set to address Congress and is expected to reiterate the need to fight inflation by aggressively raising rates.

Economic reports due out:

– University of Michigan consumer sentiment data (June 24), which could be a record low.

What this situation means for the cryptocurrency world and Bitcoin

It is hard to say, because it is hard to know what the response to inflation will be and whether addressing any of the problems indicated by Powell will actually help bring inflation back in line with targets.

For many, with promises of an update as soon as the situation becomes clearer, it is still a pain to find clear direction. The specter of a recession is becoming increasingly ominous, which could change everything we know about the cryptocurrency world in the medium term.

The cryptocurrency world, for the first time in its history, is facing a real bear market in stocks. Let’s see what it can do: we are still more than optimistic about the sector’s recovery, if not immediately, then closer than the pessimists expect.