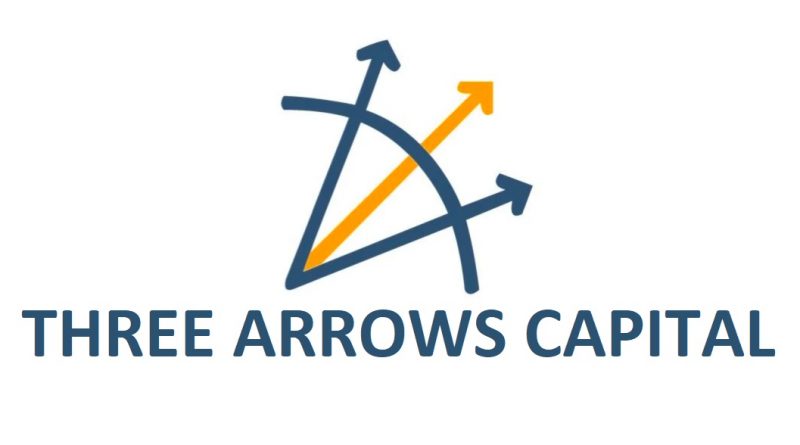 Information about the possible bankruptcy of Three Arrows Capital appeared a couple of days ago. This sentiment was further compounded shortly after by one of the fund’s co-founders, Su Zhu, posting a cryptic tweet that some kind of problem did exist.

Zhu, one of the most bullish proponents of the cryptocurrency market, admitted in late May that his forecast for crypto-market growth was wrong. Zhu held the idea of a supercycle during which digital currencies would gradually grow without major corrections. In one of his speeches in February 2021, Zhu floated the idea that Bitcoin could grow to $2.5 million to reach the capitalization of gold.

Seemingly, the fund can’t push back its margin call. The company recently began the process of transferring its assets between DeFi platforms (including AAVE) to avoid potential multimillion-dollar liquidations due to the drop in the price of ETH.

In addition to the margin call on the fund’s positions, consider that Three Arrows Capital actively invested in projects such as Avalanche, Polkadot and Ether, which declined 57%, 38.8% and 47% in the last month, respectively.

As a reminder, Three Arrows Capital led LFG’s $1 billion LUNA token sale in February 2022. In May, the Terra ecosystem collapsed and its native token lost all value.

Crypto-journalist Wu Blockchain writes that 3AC lost about $37 million on the Bitfinex exchange in May alone.

Suspicions are further fuelled by Su Zhu deleting references to investments in ETH, LUNA, SOL, NEAR and AVAX from his Twitter biography, leaving only information about Bitcoin.

The possible bankruptcy of Three Arrows Capital is also pointed to by a crypto-blogger with the nickname @MoonOverload. He has been tracking stETH transfers made by the fund, and it is clear from them that the company has no choice and is now selling off assets to pay off their monstrous debt.

Earlier, onchain analysts noticed that the hedge fund was getting rid of stETH, the staking token of the Lido platform.

Hedge fund Three Arrows began an emergency sale of stETH in May, immediately after the UST stablecoin collapse. DeFi-analyst @DeFiyst pointed this out.

Then stETH temporarily dipped to 95 cents per dollar relative to the ETH price, and Three Arrows Capital withdrew 127,000 stETH from Curve Protocol ($246 million at the time of the transaction).

Last week, Three Arrows Capital sold about $40 million worth of stETH and became the largest seller of the token. In four transactions, the company took over 80,000 stETH from the Aave cryptocurrency protocol and then exchanged 38,900 stETH for 36,700 ETH.

stETH is the staking token of the Lido liquid staking platform. It is pegged to ETH. It is supposed to be exchanged for ETH at a one-to-one ratio once the planned upgrades are implemented on the Ethereum network.

@degentrading reports that the Three Arrows Capital fund raised funds from all major lenders, including BlockFi, Genesis, Nexo, Celsius and others. The fund held known assets of $18 billion, half of which was in liquid assets. Assuming that this entire amount was invested in Bitcoin, which has fallen from its highs by 70%, the value of these assets today does not exceed $2.7 billion.

But given that much of the money was invested in altcoins, which have fallen much more than Bitcoin, we can assume that the fund’s liquid assets are less than $1 billion, which is roughly in line with the market rumors surrounding the fund.

Forced liquidation of the positions of such a fund would have serious consequences and would affect every creditor of Three Arrows Capital.

The fund’s lenders manage $10-20 billion, of which only 5% is their own capital. Writing off loans made by the fund would seriously undermine their financial stability.

Amid the collapse of the cryptocurrency market, 8 Blocks Capital needed funds to maintain positions on exchanges. 3AC’s operations team approved the withdrawal request.

As the correction continued, the company submitted another “big withdrawal” request but received no response, Yuan said. He also noted that the hedge fund was actively trading with long leverage, which caused it to be hit with margin calls.

Yuan stressed that 3AC did not abuse speculation on client funds, but definitely used them to repay margin calls. The specialist called on the platforms that still hold the structure’s assets to freeze the funds so that the fund’s clients could be compensated.

In 2020, 3AC became a strategic investor to the lender. A year later, the fund withdrew from its capital and borrowed a large amount in Bitcoin, but due to the current market situation, it was unable to meet margin requirements. One of the publication’s interlocutors noted that the position was closed by mutual agreement of the parties.

BlockFi CEO Zack Prince indirectly confirmed the FT’s information. On his Twitter page, he wrote that the company “exercised its best business judgment recently with a large client that failed to meet its obligations on an overcollateralized margin loan.”

The 3AC crisis has affected the entire cryptocurrency industry, as many of the big projects are hedge fund related.