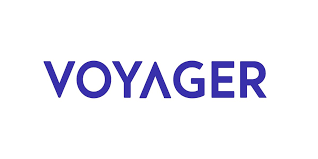 The company’s alleged liabilities range from $1 billion to $10 billion with about 100,000 customers.

A similar petition under Chapter 11 of the U.S. Bankruptcy Code was filed by Voyager Digital Holdings Inc. and Voyager Digital LLC, its subsidiaries. The company expects that the financial restructuring process will “maximize value for all stakeholders.”

According to the press release, Voyager has about $1.3 billion on the platform, more than $350 million in an account at Metropolitan Commercial Bank and over $650 million in claims on 3AC. In addition, the company “has ~$110 million in cash and its own cryptocurrency assets.”

Ehrlich (CEO of Voyager) stressed that the broker will continue to operate. Voyager’s goal, he said, is to become a stronger company after the reorganization.

According to him, clients with dollar deposits will have access to the funds once Metropolitan Commercial Bank completes its vetting process. He added that the firm is “actively pursuing all available remedies” to recoup losses from Three Arrows Capital.

On July 3, economist Frances Coppola drew attention to Voyager’s loan portfolio. According to her, it consists of about 58% 3AC loans. After evaluating the financial statements, she concluded that the broker was in dire straits.